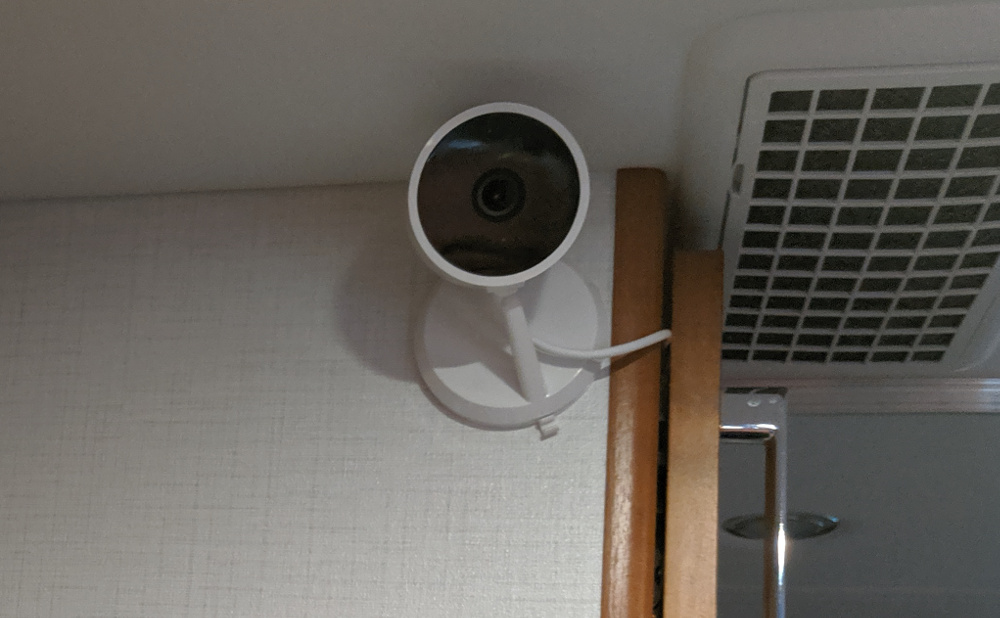 I wanted an interior security camera for a couple reasons.

Mostly, it’s just sort of a “last ditch” security device. It’s not going to stop a thief from breaking in, but may help you to extract some measure of revenge by getting a good video of the deed. Could be useful, either to help catch a thief or maybe even help recover lost valuables.

Second, we travel with a dog sometimes. I’m not a fan of dogs in rvs – they are hard enough to keep clean and tough enough to store everything without adding another 60 pound carbon lifeform. But sometimes we have to and the cam enables us to spy on him and make sure he is OK remotely.

Anyway, there are about a zillion of them out there. The Amazon one is among the highest price and lowest featured one I could fine. That said, I like it for a lot of reasons.

My main concern was that unlike a house – these cameras will be turned on and off a lot when AC power (or inverter) is switched, so I wanted one that always reconnects to WiFi automatically and just works without me doing anything. So far it seems like that is happening.

For now I just mounted on the wall over the sink. with a couple screws. I have been debating whether to drill a hole for the wire but it would have to be about 1/2″ so I may just leave it like this for now. Luckily I had an AC outlet on the other side so this was a 5 minute job.

For some reason I wasn’t thinking clearly when I originally installed the camera. As installed it requires AC, which meant that we had to turn the inverter on to go hiking. Eventually I noticed the camera used a standard USB, so I just discarded the AC brick and plugged it into one of the onboard USB outlets.

That works much better, no more inverter needed!