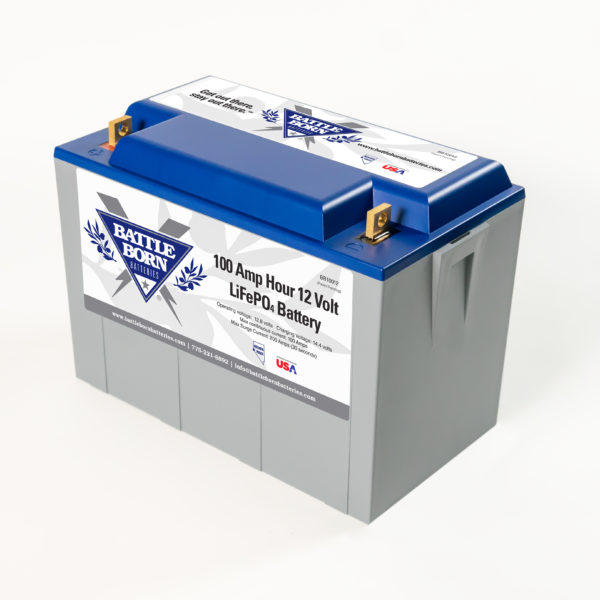 The Magnum charger eventually drove me nuts and I put in a real Lithium charger in addition: Progressive Dynamics pd9180alv-80-amp-lithium-charger .

That worked outstanding! The issue was the Magnum would just bounce around at 50 amps on shore power. On the generator it was even worse – it kept hopping from 50 down to zero and back, taking a long time to build up enough charge.

Well as we approach the 2 year mark these batteries have been great! There are some new options on the market including Lithionics that tempt me but for now I am satisfied. Its worth noting that since then I have installed 600 watts of solar.

Also, if you have a small alternator be aware that the Lithium ability to absorb a (high!) charge could fry your alternator or turn off the charging. Even though I have a Mercedes 220 amp alternator, their upfitter guide recommends no more that 40 amps for house battery charging.

I often see a charge rate of 100 amps. Thats why many people put in a DC-DC charger that will limit charging to a more reasonable value, say, 50 amps.

As a compromise for now I installed a dash alternator switch. This simple hack lets me turn off the alternator charging of the Battleborns. The idea is, if the batteries are not fully charged, I keep the charger off until I am blasting down the highway.

At cruising speed the alternator is more easily able to keep up with the huge 100 amp demand from the Battleborns due to a higher rpm and better cooling.

Eventually the DC-DC charger is probably the safer way to go but for now its working our fine!