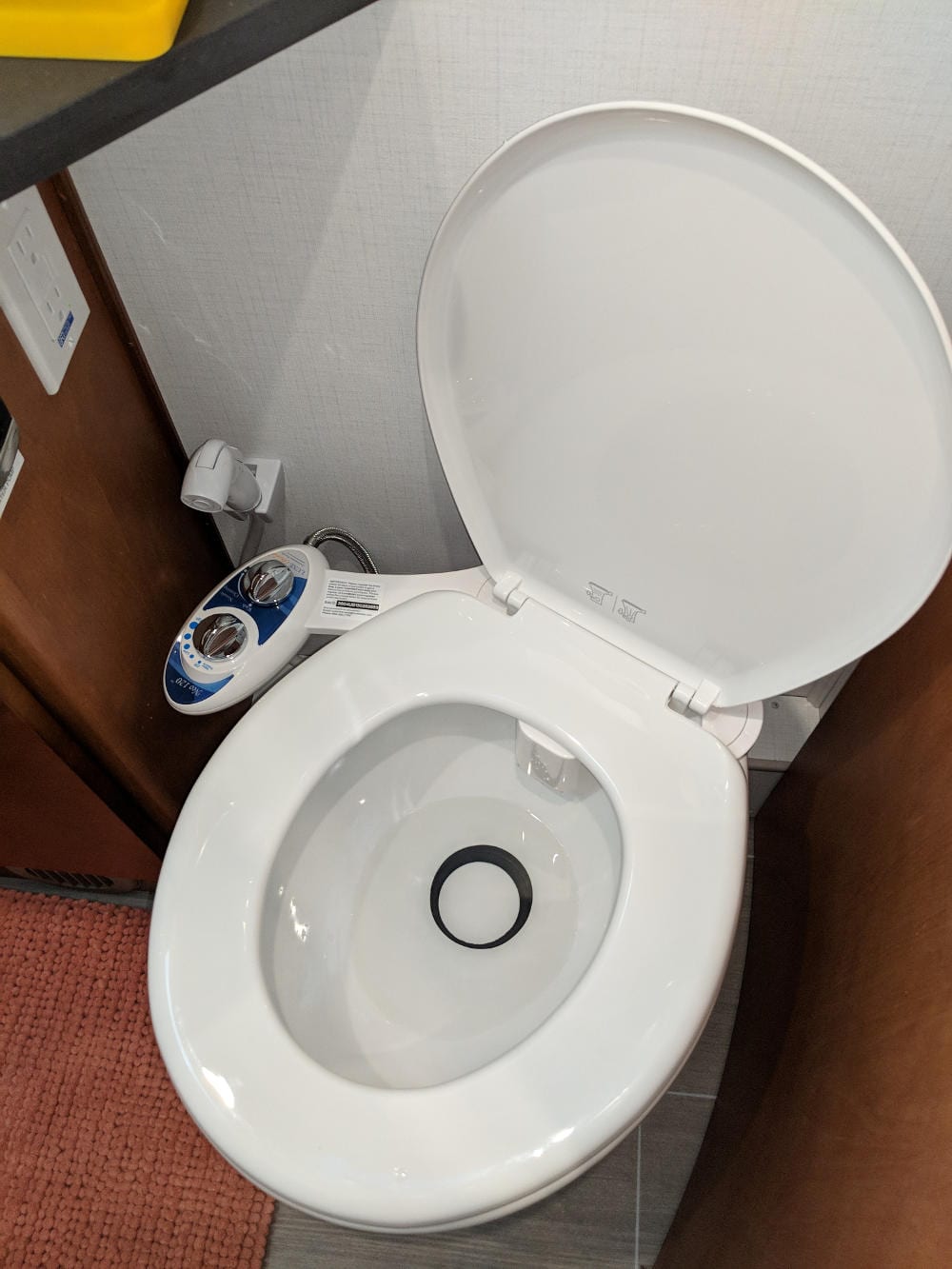 Note this article is a few years old but not much is changing with bidet technology. Please also check out a ton of other RV upgrades at the rest of the blog.

This is really a very simple project if you are an amateur plumber like me.  If not, you could just purchase the items and then call any RV mechanic or even a regular plumber to make the connection for you.

Note: If you have never crimped a pex connection before its easy! I’ve also linked an inexpensive kit for pex: