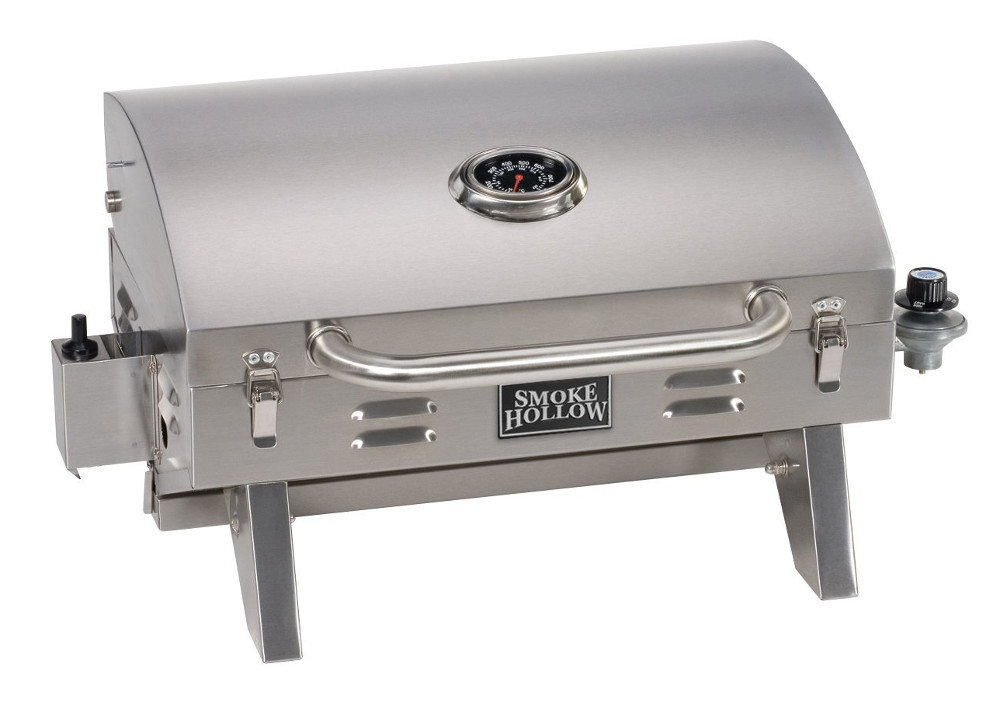 When I ordered my 2019 Unity CB I had a lot of time to think about it.  It took a full year to build and deliver, so I had plenty of time to start stocking up on the stuff I would be needing to make our eventual grand tour of the USA.

And stock up I did.  Pretty soon the corner of my home office became a huge pile of stuff that seemed to keep growing.

I was real careful though.  The Sprinter RV, even a “puffed up” one like we have, naturally limits your junk collection and you are even more constrained by the cargo carry capacity of the van.

But first, let me backtrack a little… why would you even want a gas grill in an RV?  After All, the Unity has a 2 burner stove, and most campgrounds have a charcoal or wood grill or fire ring…

Well, first off, no way I am hauling around charcoal or wood in my RV.  Its dirty, its a carcinogen to use for cooking, and who wants to wait 30 minutes to grill a piece of chicken?  As far as the built in stove, the propane burner is great for frying an egg or something, but if you cook a burger on it you are going to stink up the whole van for hours and maybe splatter grease on the walls to boot.

So for daily use I really feel a little grill like this is perfect.  Its small, the flame is clean, and it’s cheap enough to throw out in 5 years if it gets seriously gunked up.

It fulfilled all of my check off items –

A word about the 1 lb propane bottles – first, ignore the online prices.  They cost a little over $3.00 in stores.  At 4-5 small sized meals (like burgers) per can, they are pretty cheap and convenient, and available everywhere.

Now, my RV has a quick disconnect  propane hose fitting on the rear, so I may eventually take the time to remove the regulator from this grill and purchase an adapter hose.  This would be worth it for a really long trip like our planned 2019 excursion to Yellowstone and beyond.

But for right now and smaller trips the bottles are just fine.

So how does it cook?

So far… great!  The only issue I’ve ever had with it is the piezo ignition.  I can never seem to get it to light easily, so I just ended up sticking a barbecue lighter through the hole provided… which works instantly 100% of the time. (Next time I use it I will try the built in lighter again though, as I have realized that most of the time I think its not lit – it actually is!  The flame is pretty small and blue and just hard to see in the sunlight.)

One final note – when I was doing the minimal assembly the burner didn’t fit.  I called the 800 number and to my surprise it was answered by a US operator who knew exactly what the issue was – “just bend it a little bit – it won’t break” and she was exactly right.

So so far we are really liking this little guy.  It does cook a little more on the left side – which as long as you know about it is a feature, not a bug. Here is an Amazon link to the exact one I purchased: