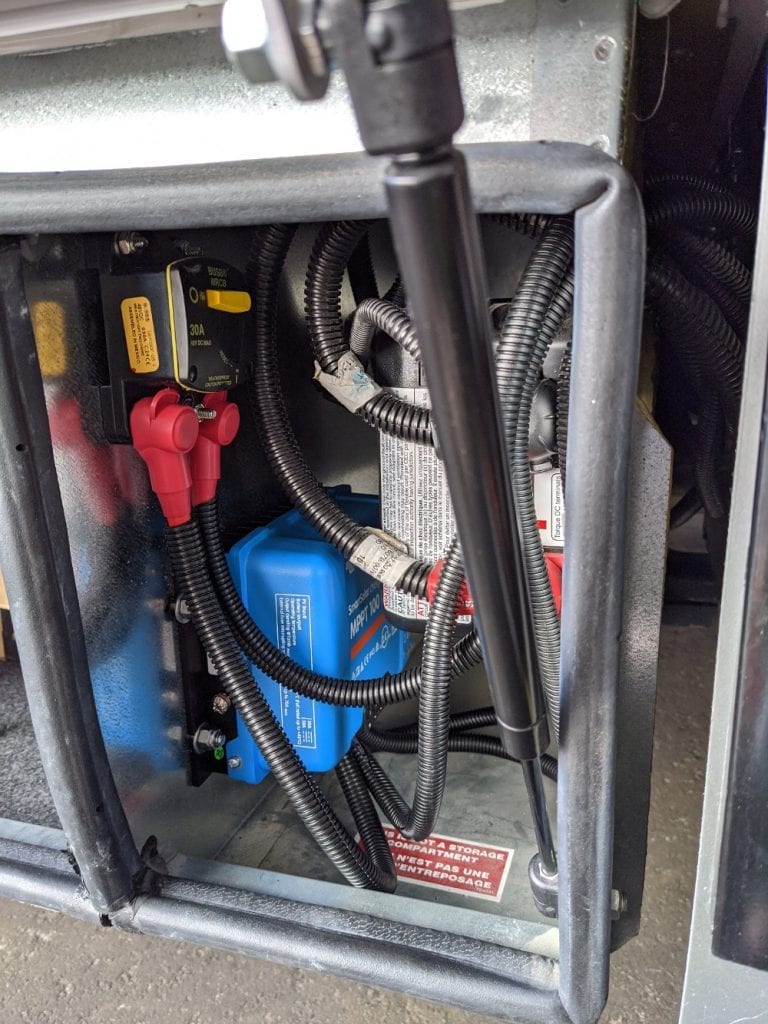 Note: This is an older post and I have subsequently upgraded to 300 AH of Renogy Lithium and a Xantrex 3000 XC Pro Inverter. The solar charge controller still works great, I just moved it around!

I’m particularly impressed how much energy I get on overcast or even shade.