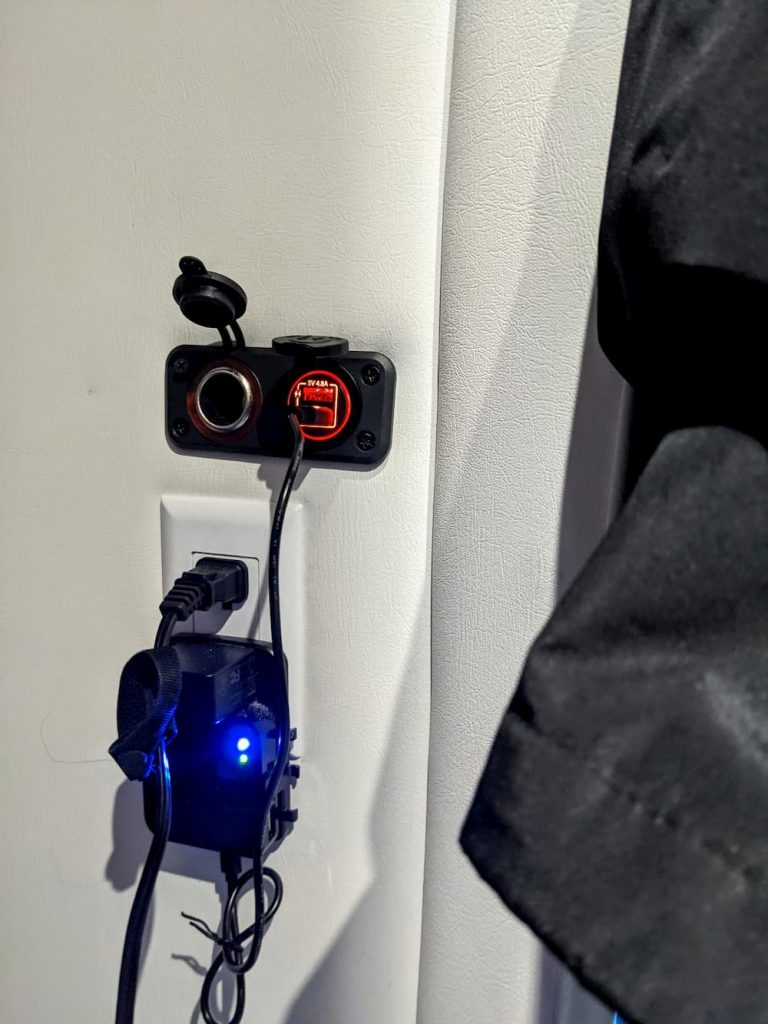 This is one of those super trivial upgrades that I almost didn’t write up, except its really useful.

My Unity CB had a dual USB socket behind the drivers seat. That was useful. My security cam stays plugged in there.

But I really wanted a cigarette lighter plug there as well.

I have a backup refrigerator behind my seat. Also other gizmos that use a standard auto cigarette lighter plug, and I want to plug them into the coach, not the chassis at times.

So this little project provided that. It was quite easy. I just pulled out the old socket, and drilled an additional hole. (Surprisingly, the wall was metal).

In time I may add more of these to the coach. The cigarette lighter plug is really dated but a lot of stuff still is still designed with that 12 volt plug.

This was the one I used: I actually first tried a different one on Amazon, that has a plastic socket without the lighter. I found the plastic didn’t hold plugs well and this one was much better. The socket is metal like a car and holds my plugs firmly.